Effective states are marked by a strong respect for the rule of law. Corruption undermines a culture of respect for the rule of law. Instead, government decisions – both big and small – are shaped by corrupt practices. Or, in the case of “grand corruption,” senior officials simply help themselves to public resources in unlawful ways. In the end, though, all states – even the most effective ones – face a perpetual struggle against graft and official thievery. The images below provide some snapshots of anti-corruption campaigns in places as diverse as Detroit, India, and Uganda. 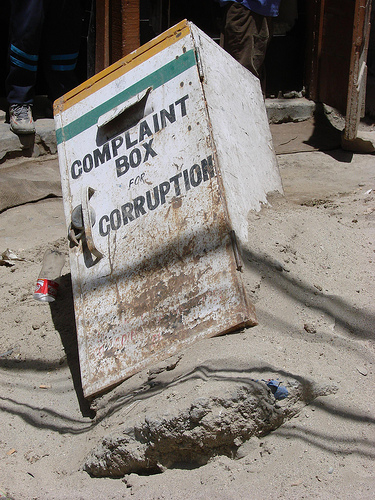 An ironic shot (2007) from the Indian-controlled portion of the disputed territory of Jammu and Kashmir. Photo credit: watchsmart (via Flickr, Creative Commons license). 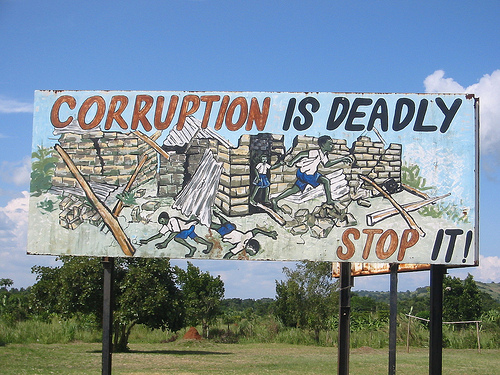 This sign from Uganda says it all. When corruption results in ineffective governance, it is indeed deadly. Photo credit: futureatlas.com (via Flickr, Creative Commons license).

What does it mean to inhabit a “corruption-free zone”? Photo credit: jbracken (via Flickr, Creative Commons license). 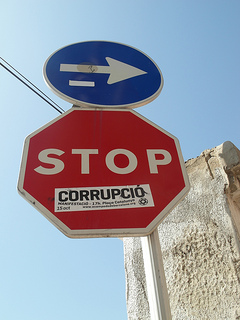