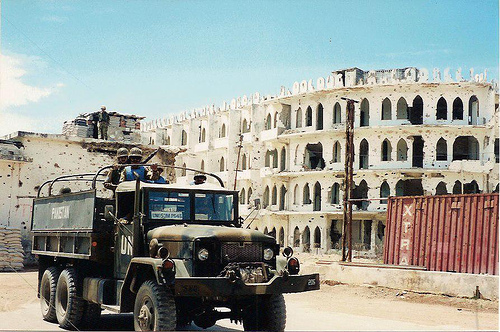 Al-Shabab is in retreat. The country has a new president respected by many at home and abroad. Foreign donors are pledging significant new aid. Peace is taking hold in larger portions of the country. This is a season of hope in Somalia. Or, at least it seems that way to outside observers.

But what are Somalis envisioning for their future? Are ordinary people eager for a federal system held together by a Mogadishu-based central government? The new president, Hassan Sheikh Mohamud, has impressed Britain, America, and other key states with his rhetoric about a decentralized political system. No significant tasks have yet been completed on the path to a federal Somalia.

In the case of war-ravaged Afghanistan, federalism is the road not taken. The Hamid Karzai era has been one of centralized political power, backed by foreign military might and international aid.

In Somalia, President Mohamud may yet prove skeptics wrong by pursuing and constructing a democratic federal system in this failed state. Developing a federal structure is hard, even in more favorable environments than Somalia. To succeed, federations need strong momentum in favor of democracy and the rule of law. And decentralized systems require particularly strong courts, in order to sort out power struggles between local governments and the central government.

Putting all of these challenges aside, it is still not clear that most Somalis want a modern state—federal or otherwise. Western governments, the African Union, and the UN may all desire a reconstructed Somali state. Perhaps most Somalis continue to see the modern state taking more than it gives. If that perception continues to hold sway at the grassroots level, maybe the latest state building effort in the Horn of Africa is just old wine in new wineskins. I welcome feedback from those on the ground in Somalia.

1 thought on “Hope for Somalia?”